Abba Eban was a great speaker, statesman and diplomat for Israel. He was born in Cape Town, South Africa and brought up in England. He studied languages in Cambridge and was a lecturer in Arabic from 1938 to 1940. He was fluent in 10 languages.

In 1946, the Jewish Agency made him political information officer in London, where he helped negotiations with the British and the U.N. with the establishment of the State of Israel.

When Israel became an independent state in 1948, he was appointed Ambassador at the U.N.. He served as both Ambassador to Washington and to the UN.

During and after the Six-Day War in 1967 and the Yom Kippur War in 1973, he helped make the peace after the fighting was over. He retired from politics in 1988.

Abba Eban At the United Nations putting up the Israeli flag for the first time 1948.

His books include: Voice of Israel (1957); My People (1969); My Country (1972), and Personal Witness (1992), as well as An Autobiography. After his retirement, he was able to dedicate more time to writing and lecturing, including essays and books The New Diplomacy and Diplomacy for the Next Century (1998), but his major landmarks were his involvement in the creation of three major historical television documentary series about the Jewish People and Israel, in which his remarkable voice rings throughout the narration with elegance and confidence. The first two were for Israel Television: Heritage: Civilization and the Jews; Personal Witness: A Nation is Born; and The Brink of Peace were produced with PBS.

In 2001, Abba Eban was awarded the Israel Prize for his lifetime achievement, but his wife received the prize on his behalf, as he was too ill to attend the ceremony. He also held twenty honorary doctorates and was a member of the American Academy of Arts and Sciences. He passed away, aged 87, on Sunday November 17th – 12th Kislev 5763. He is survived by his wife, his son and his daughter. 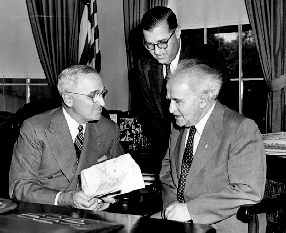