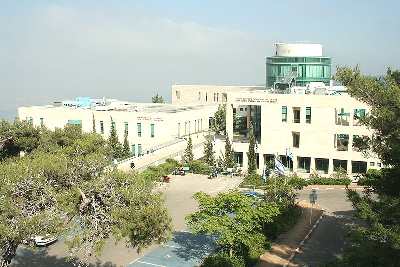 The University of Haifa on top of Mt. Carmel

Haifa is the third largest city in Israel, and it’s northern capital, with a population of about 250,000, and perhaps its most progressive.

Located in a natural bay and Mount Carmel, Haifa has beautiful views in all directions. The city is built all up the slopes of Mount Carmel and has different neighborhoods at each level.

Although it does not appear in the Bible, Haifa is mentioned in Talmudic literature as a well-established Jewish community. Across from the National Maritime Museum on Allenby Road are steps to Elijah’s Cave. According to a Byzantine tradition, this is where Elijah the Prophet hid to escape the wrath of King Ahab. The first Sunday after Tisha B’Av, Oriental Jews recite Isaiah 40 and ask the prophet to bless their children, cure their illnesses and better their lives.

In 1099 C.E., the city was conquered by the Crusaders, who slaughtered all the Jewish inhabitants. The Carmelite Order was established in 1156 C.E. over Elijah’s Cave. In 1265 C.E., Haifa fell to the Mamlukes, and in 1750 C.E. was captured by the Bedouin, Dahar al-Omar, who destroyed, then rebuilt and fortified it. From 1775 C.E. until World War I, Haifa was under Turkish control with two interruptions in 1799 C.E., it was conquered by Napoleon and, from 1831-1840 C.E., it was under Egyptian rule. Early in the 19th century, Jews from North Africa settled in Haifa. In 1868 C.E., German Templars established Haifa’s German Colony and in 1879 C.E. European Jews settled in the city.

“Israel’s MIT,” the Technion, is in Haifa. The only subway in Israel is also in Haifa.

At the top of Mount Carmel is the Carmel Hospital, noted for its architecture. The building looks like a pyramid standing on its point.

At the foot of the Carmel is the MATAM industrial center which is one of the largest concentrations of high technology business in Israel. 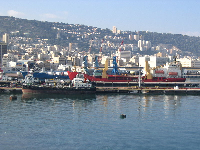