Beersheba is divided into fourteen residential neighbourhoods in addition to the Old City.

Beersheba is home to Ben-Gurion University of the Negev, and the Soroka Medical Center.

Ben Gurion University
of the Negev 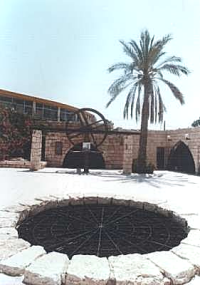 Tel Be’er-Sheva, a few kilometers northeast,is where the ancient city of Beersheba can be found. Abraham’s Well is where the first peace treaty was signed over 3700 years ago. Tel Be’er-Sheva was situated in the territory of the tribe of Simeon, in the extreme southern part of ancient Israel.

According to the Torah (Genesis 21:22-31), Beersheba was the place where Abraham, father of the Israelites, dug a well as part of his covenant with King Abimelech of Gerar. Abraham also planted a tamarisk tree here, invoking the name of HaShem. Another account (Genesis 26:26-33), however, attributes the naming of the site to Isaac; it was the place where both he and his son Jacob lived. Other events are also set here (1 Samuel 8:2; 1 Kings 19:3; Amos 5:5; Nehemiah 11:27-30).

Monument to the Negev Brigade